iPhone 5G what to expect….

By owlrepairsksu iPhone News No Comments

In 2019 we were hearing a lot of buzz around 5G internet speeds, and it was supposed to have made its way into the home of consumers by now in 2020. The reality is that it hasn’t fully been pushed out by service provides like AT&T, Verizon, & T-Mobile but we should expect a major push later on in Q2-Q3 of 2020 for consumers. So what does that mean for next iPhone?

Apple has been confirmed to be working with Qualcomm to bring 5G to the latest iPhone, but right now information released to the public is that Apple is having some antenna issues with Qualcomm. The problem is the stability of the antenna, and also that the antenna will make the new iPhone thicker than what Apple is preferring. Apple decided to give it go at producing its own antenna for 5G, and the latest antenna designed being used required twice as much power as any other antenna. Also, the last time Apple designed its own antenna used in an iPhone a lot of its owners experienced a lot of dropped calls and other service related issues. 5G technology is designed to be reliant on the devices antenna to be capable of delivery those speeds and services.

So what does this mean? It means if Apple designs its own 5G antenna than you as a consumer should be warned that early adaptors of this iPhone 5G will more than likely be experiencing a lot service related issues, and may not get all the benefits of 5G speeds. It is to be understood though that since 5G technology is so new that the hardware over time will get better, and more reliable. Right now those who invest in the first 5G iPhones will probably be disappointed when they experience issues with service and speeds. 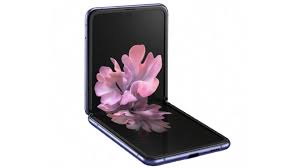 By owlrepairsksu Android News No Comments

Samsung this year plans on releasing a smart phone that will rival the Moto Razr latest edition of the phone releasing in 2020. The phone Samsung plans to release is adding to existing Galaxy flagship brand. The Galaxy Flip Z is rumored to have a 6.7-inch folding display, dual 12-megapixel cameras on the rear (one regular, one ultrawide), two batteries and a Qualcomm Snapdragon 855 Plus processor.

Samsung will launch a new line of devices starting with the Galaxy S20 phones. These model will  replace what would have been known as the Galaxy S11 phone. The latest phones will feature 5G support, and have OLED screens. At least, that’s what the web rumors speculate. The Flip Z is Samsung’s second folding phone to be produced. Rumors expect this phone to be much better designed for practical daily use, and the price of this phone should have many Samsung fans interested in adapting to a new design that caters to smartphone users looking to upgrade.